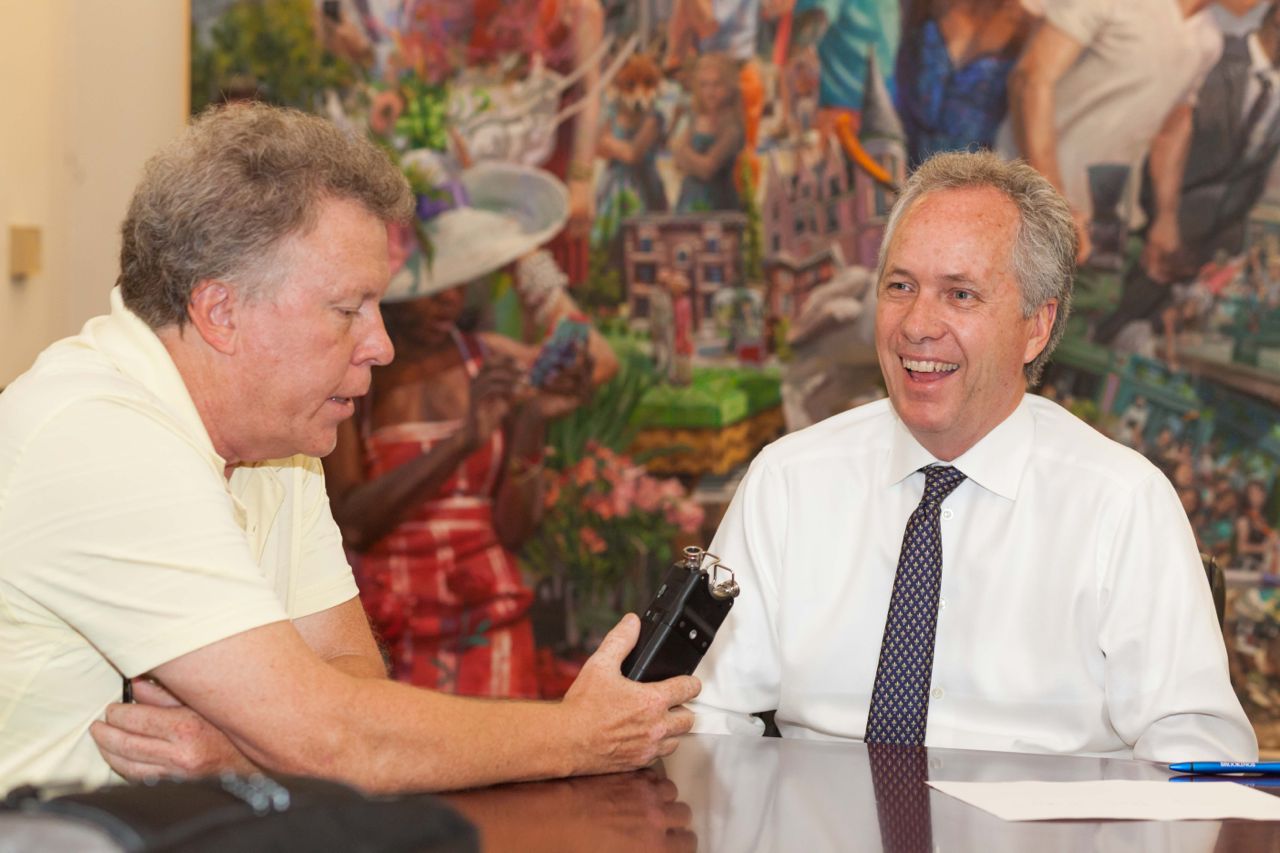 Mayor Greg Fischer drops by — actually I dropped by his place — to appear on the 200th episode of the Rusty Satellite Show. Fischer says he loves the job, and the opportunity to make a difference, as he’s set to begin campaigning for a third term. We talk about crime, economic development, bourbon and the West End, as well as his own assessment of how the city’s doing.

On the very first show, about four years ago, Cyndy Tandy was a featured guest on what was then a new and unknown media venture. So I asked her back to reminisce a bit about the show and talk, of course, about the Derby. Listen in as we talk about some major moments in the show’s history.

Of course, it is Derby Week, so we talk about some local traditions – Dawn at the Downs, a trip to Wagner’s, and how to play your hunches to win money at Churchill Downs. And I took a trip over to the newly-remodeled Second Floor Clubhouse to sample some of the new menu items from Executive Chef Dave Danielson.

It’s all here in an especially interesting Rusty Satellite Show — with a big thank you to Passport Health Plan and the Eye Care Institute for sponsoring the show. We’ll see you for Show #201 next week.