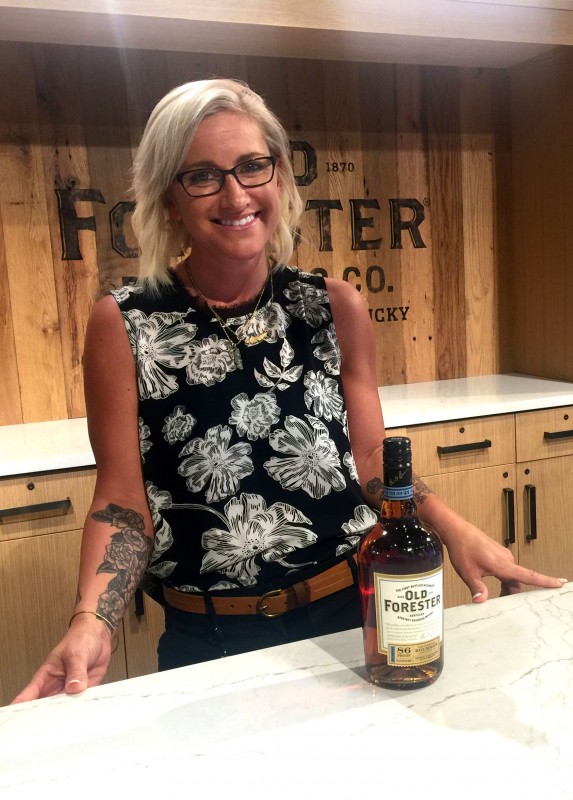 We’re definitely celebrating National Bourbon Day (June 14) by attending the opening of the Old Forester Distillery on Main Street in the heart of Whiskey Row. So our Bourbon City Guest of the Week is, naturally, Jackie Zykan, master taster at Brown-Forman. She’s got the details on the new facility and tells me all about her fascinating job dreaming up cocktail combinations.

First up is Ben Jones, who I discovered in this interview attended WKU the same time I did, and even started his first record store in Bowling Green while going to school. He’s survived in the turbulent record-store business by focusing on music lovers and catering to them – whether it’s selling vinyl in the Highlands or jazz, R&B and hip-hop CDs at 26th and Broadway.

I enjoyed a trip to Porkland BBQ in the West End after meeting with Jones, followed by a round of golf at Shawnee Golf Course. Over at the EatDrinkTalk podcast, co-host Carolyn McLean and I interview legendary local chef Anoosh Shariat about how he’s handling a cancer diagnosis and his focus on keeping his two restaurants rolling.

I’ve got an update on my Heuser Health Optimization plan that has shown dynamite results – including a 20-pound weight drop in three months. And I’m paying attention to two local stories — the money Mayor Fischer spent on hosting guests at the Derby, and the state’s latest salvo in its War on Louisville.

It’s all in the Rusty Satellite Show, the city’s only totally local podcast devoted to showcasing the most interesting people in the ‘Ville. Thanks to Passport Health Plan, Heuser Health and the Louisville Convention and Visitors Bureau for sponsoring the show