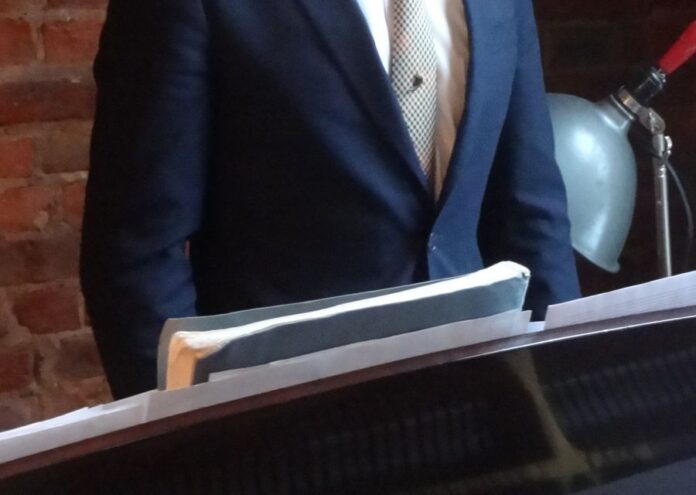 It’s the “We’re all Freaking Out over a Little Snow episode” of the Rusty Satellite Show. My first guest is Louisville Orchestra conductor Teddy Abrams, who is making a name for himself all over town for his unconditional approach to promoting music. I got to visit at his house in NuLu, where if you’re lucky and are walking by on Market, you might hear an impromptu concert. Teddy will be the speaker at the next Breakfast of Champions, the bi-monthly networking event I co-host at the University Club. You’re invited.

Jeff Crowe knows bourbon, even though his previous career stop had nothing to do with Kentucky’s most popular drink. He treated me to a tour of the Evan Williams Bourbon Experience on Main Street, and filled me in on how distilling got its start right there on the Ohio River. Williams, a real live historical figure, is featured in a cool video on the tour there.

Oh, yeah, the weather. JCPS canceled school on Wednesday, even though administrators knew the snow wouldn’t even start until all the kids were safely home. In the last few years, either paranoia or listening to too much Marc Weinberg has prompted the system to unnecessarily inconvenience parents and businesses by canceling school because of, well, rain. While I’m complaining, the city is talking about coming down on Airbnb renters, like me, so I’ve got something to say about that. And the state legislature, accelerating Kentucky’s race to the bottom in health, has once again failed to pass a statewide smoking ban. That’s what we’re talking about on a great episode of the Rusty Satellite Show.