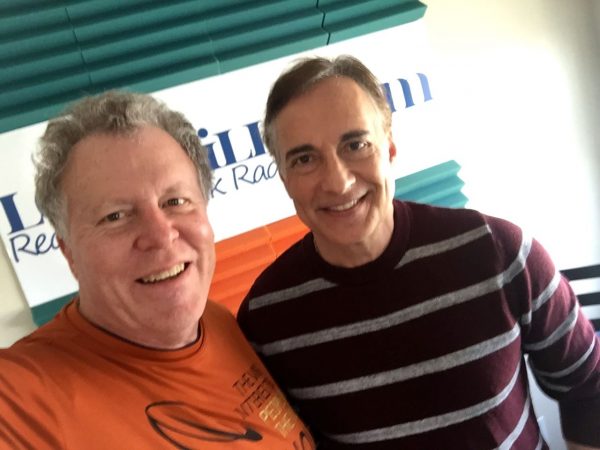 We’re charging into spring with a newsy episode featuring two of the city’s most interesting people — Vin Morreale and Dan Borsch.

I met Vin many years ago when I worked for a local TV production company, and I’m embarrassed to say we hadn’t talked since. But then we connected on Facebook and I learned what a varied and successful career Vin has enjoyed in the entertainment field. Listen in as we talk about Vin’s connections to local movies and stage performances, and his current business that encourages young actors. Also, I hear about Vin’s stint as the Joker at Kentucky Kingdom.

You last heard form Dan Borsch last year, whe he bought the old Bluegrass Burgers on Frankfort Avenue with plans to duplicate his round-the-clock Burger Boy operation in Old Louisville. The Burger Girl has its soft opening this week,and Dan has plans to open the Hillcrest Tavern in a few months just down the street of what has become quite a busy corridor.

Dan and I also share some opinions on the misguided way the city is handling its budget shortfall, including a suggestion that we just “sell some shit” to make up the money. The problem stems from mismanagement in Frankfort, where the Gov said this week he’s in the anti-vaccination crowd, and the Education Commissioner won’t say why he wants the names of sickout teachers for what must be his personal “naughty list.”