Here in the dog days … the Rusty Satellite Show is rocking. The city’s most interesting podcast brings you newsy interviews with two local women — both of whom are making their second appearance on the show.

In 2015, I interviewed Louisville Forward chief Mary Ellen Wiederwohl about her very important job in Mayor Greg Fischer’s administration — running the economic development arm of local government and overseeing its 400 or so employees. This week, she’s just started a five-month gig heading up LHOME, a non-profit that distributes loans to needy people for businesses and homes. With a staff of seven. But she acknowledges it is likely just a pit stop on a career that could possibly, maybe, roar back to life in politics, and she’s not ruling out getting in the Mayor’s race.

Robbie Bartlett told me it was simply a time for a change. The singer, loved and adored throughout the city, is giving up her weekly gig at Volare Restaurant to become a fixture at C.C.’s Low Carb Kitchen on 4th Street. Yes, she’s still playing at Jeff Ruby’s downtown on weekends, into her 16th year, but said she loves the vibe at C.C.’s. Her last night at Volare is August 12. We talked about how she survived the pandemic when all her venues were closed.

We have good news and bad news here in Jeffersontown, where the new Drake’s opened this week to big crowds, while our friends at Royal’s shut down their store in downtown J-town. But there was also an announcement that Wild Eggs is opening a new location here, so that’s an overall plus for the week. That’s good for Mayor Bill Dieruf, who celebrates his birthday today and has unveiled his campaign theme — Mayor for Everybody. I’ve also learned that the pickleball trend continues, with construction of a dozen new courts starting soon at Vettiner Park.

School is in session. so naturally the adults are all fighting over mask mandates, both here and around the country. Kentucky AG Daniel Cameron has filed a lawsuit that hopes to prevent local school boards from protecting kids and staff with mask mandates. And the defiant unvaccinated keep getting sick, all the while proclaiming its their right to infect others and fill up hospitals. But local events have announced requirements of vaccine proof before you can attend their events.

The city’s longest-running podcast is brought to you by Salsarita’s, with locations in St. Matthews and Middletown, along with Hectare’s CBD in NuLu, and eXp Realty. 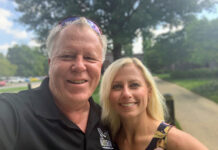 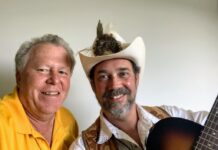 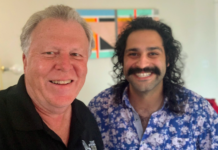