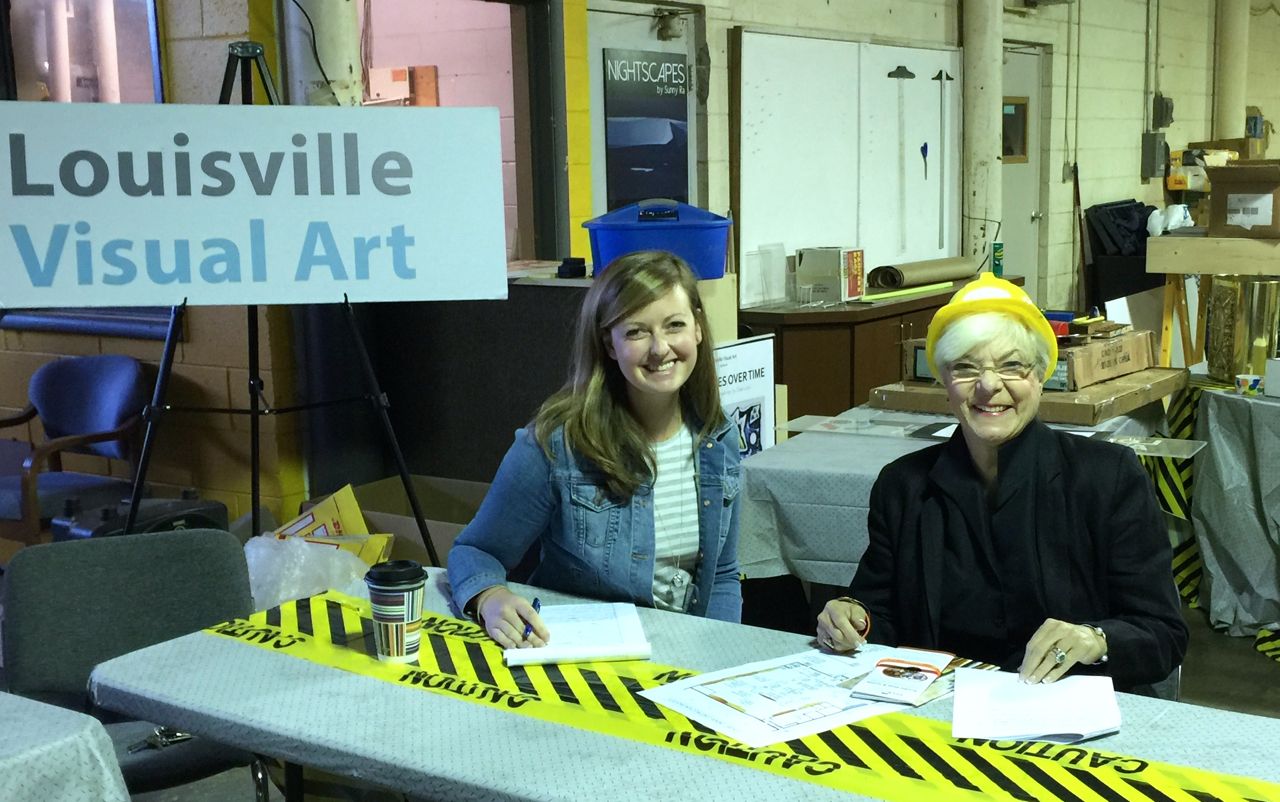 Is hot chicken a fad or a trend in the restaurant industry. Tony Palombino is betting it’s a trend, based on the wildly successful opening of Joella’s on Frankfort Avenue. Hear about Tony’s life in the restaurant business, and how he came up with Tony Boombozz as the name of his chain of Taphouses on the show.

Art is a big thing here, and Louisville Visual Art and the University of Louisville are teaming up to create a great event — Open Studio. You’ll be able to visit more than 100 artists in their studios around town, including the work of Marti Kuehn, who I learned spends her mornings painting and the rest of her day organizing for Louisville Visual Art’s big gala coming up soon. She hosted me at the organization’s new digs in Portland, along with Jessica Kincaid of U of L.

Really, there’s only one story being discussed in town this week — the sex/prostitue/college basketball story at U of L. It was the topic of a full day of coverage on ESPN Tuesday, as the bombshell exploded with Katina Powell granting interviews with lurid details. My view, which you can read onLouisvilleKY.com, is that the scandal is going to cost the school dearly in terms of lost revenue and fans. Meanwhile, there’s a football game at home this weekend that no one is talking about. Here about this and more on this 120th episode of the Rusty Satellite Show.