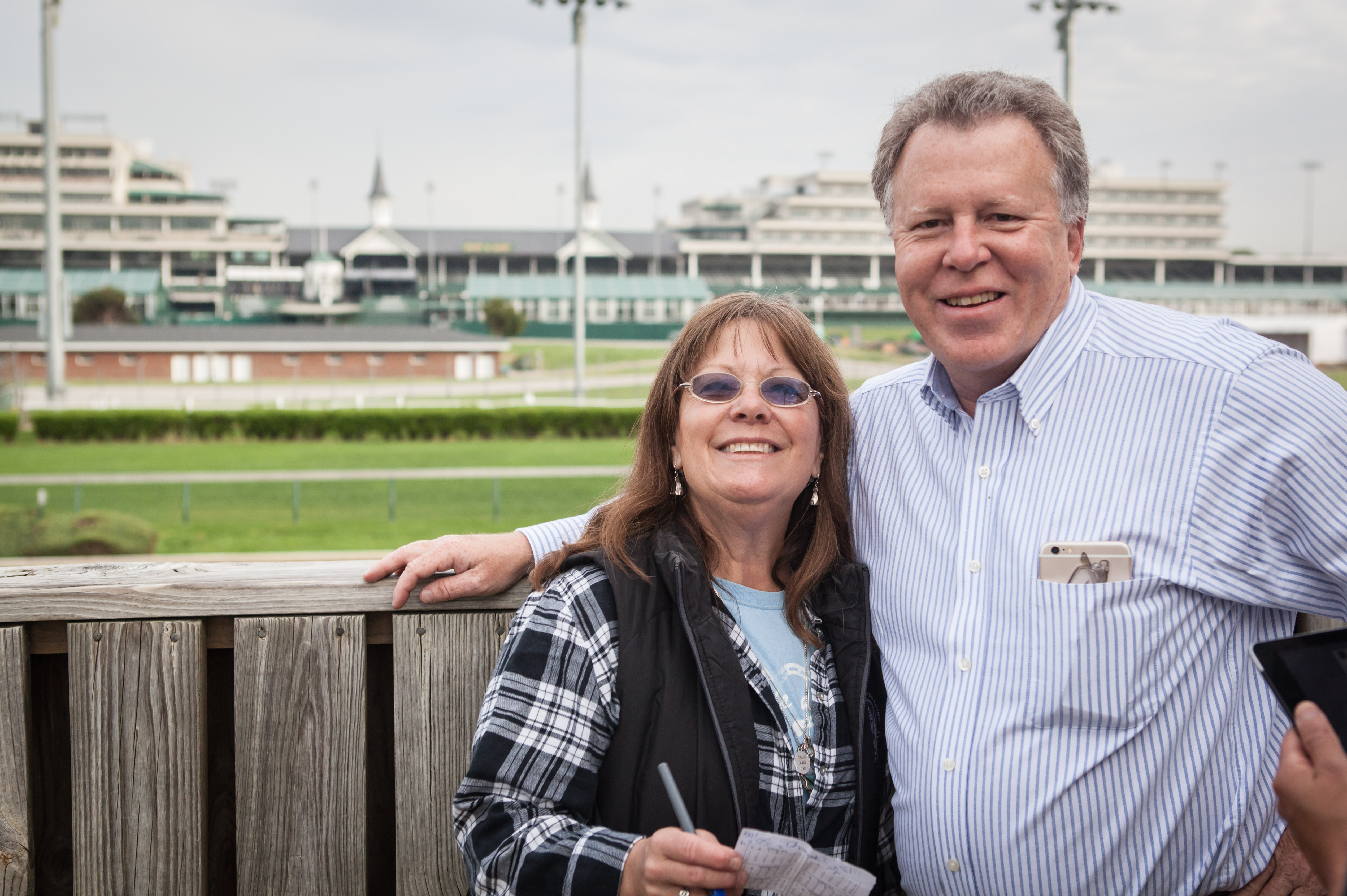 Joey Wagner’s the kind of guy who can get you things, so I spent part of our interview asking him for tickets to just a few of his Derby-related events coming up. One of those is Jocktails, featuring jockeys as bartenders, at the Ice House on Wednesday of Derby Week. Joey’s got a long history of throwing great parties, and now he’s working on opening SET, a Fourth Street restaurant. Listen in as I try to get him to name-drop some of the celebs coming to town this year.

If you know anything about horses, it’s probably because you’ve read Jennie Rees’ coverage in the Courier-Journal during the last three decades. Jennie took a buyout from the C-J, but she’s busier than ever working in the racing industry. And she’s walking in the Cancer Survivor Walk at the Kentucky Oaks. I caught up with her on the backside.

In the news about the news, Melissa Swan was one of about a dozen WHAS-TV staffers who took buyouts and left the station last week, and a similar thing happened to a half-dozen professionals at iHeart Media. Our current and former governors are feuding over what is obviously some corrupt occurrences during the Beshear administration. My friend Chris Theineman gets his day in court, and the courts sold Will Russell’s Funtown Mountain. Plus, a bunch of events you should know about are coming up. It’s all on the Rusty Satellite Show.