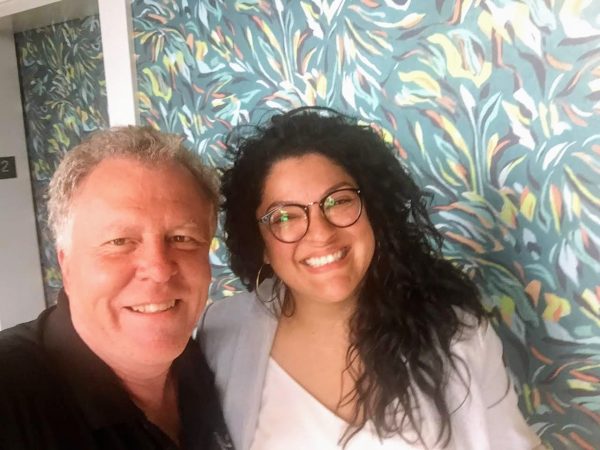 There’s a certain energy in the air at 900 East Main Street, officially named The Center for SIDIS and the home base for more than a dozen serial entrepreneurs who use the facilities provided by Story Louisville. It’s no surprise that the WIFI code here is “getshitdone”. It seems everyone who walks through the door is immersed in what appear to be vitally important and exciting projects.

Leading the way here is one Natalia Bishop, who has overseen Story’s growth in this building while managing another one, a block or so over on Market Street. She also run Level Up, a company which brings together teachers and students in an innovative way, and just acquired the brand assets of a non-profit, Wild Accelerator, which you’ll hear about next week on the show. Bishop’s own story of success is one you’ll want to hear.

Down the hall I ran into Major Robertson, who at the ripe old age of 25 has accomplished this — his company, Major Holdings, owns 7 independent businesses, has 3 employees, 10 contractors and is looking for more. And he’s got some real estate holdings. Not bad for a guy who dropped out of U of L because he didn’t want to get further in debt. Major has some ideas concerning work/life balance, and is certainly one of the most interesting people I’ve met doing the show.

October is an active month for the city — and this weekend it’s the Garvin Gate Blues Festival in Old Louisville, one of my favorite local events, You could pair that with a trip to the newly-opened Logan Street Market in Shelby Park. Or travel a few miles south to Iroquois Park, where the Jack-O-Lantern Spectacular is keeping a bunch of pumpkin carvers busy updating 5,000 orange orbs.  If you’re downtown, you’ll notice the new Hotel Distil on Whiskey Row is almost ready for its Oct. 29 opening, and you can treat yourself to a weekend of fun with a $75,000 package of treats.

You’re hearing all about it right here on the city’s most interesting and longest running podcast, the Rusty Satellite Show, named for Nike Redding’s high school alter ego, now in its 327th consecutive week of production. It is recorded at the REMAX Properties East studio, where I work as a realtor with the Sokoler Team, and can answer any question you have about local real estate. Call me at 502-439-6391. And a big thank you to the Eye Care Institute, and to Heuser Health, for sponsoring the show.