Sarah Kelley’s passion for journalism led her to Cincinnati, Washington and Nashville, but she really wanted to ply her trade in Louisville, but there weren’t many jobs around here in journalism that interested her. Two years ago, she became editor of Insider Louisville and now leads a staff of talented journalists in telling good stories about the city. Find out more about Sarah and IL in our interview.

Andy Treinen stepped off a career cliff without a net last spring, giving up his successful career as a morning TV anchor to look for “something else.” Now, after four months as marketing director for the Frazier Museum, he’s found a challenging and exciting new career. Listen in as we discuss that and I learn about upcoming major changes taking place at the Frazier.

In the news, I decided to check in and see what our local media was reporting during a moment in time Wednesday. No two local outlets were carrying the same story on their web sites. So nothing big going on, except to talk about the warm weather. It’s all in another great episode of The Rusty Satellite Show. 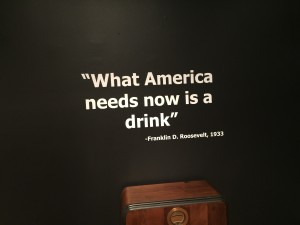