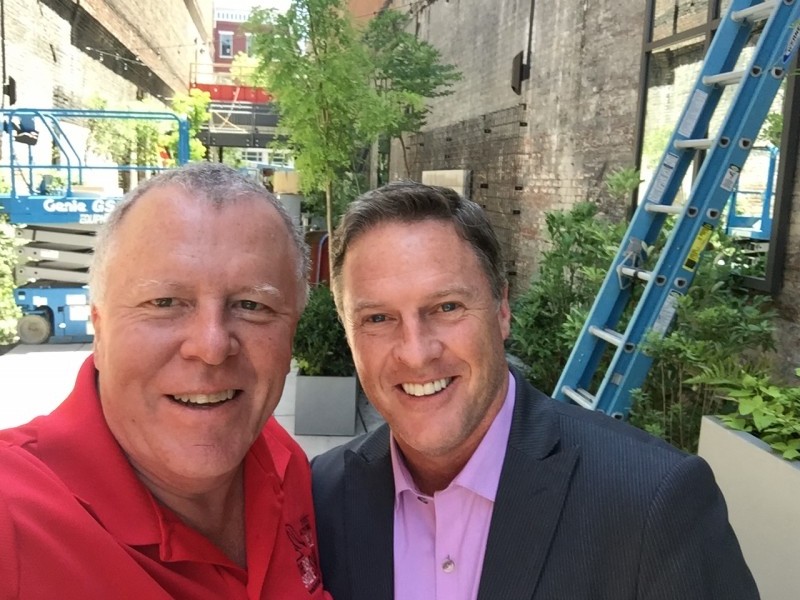 If there were a vote for the coolest band in the city, one group that would get a lot of votes is Hot Brown Smackdown, and not just because it’s such a great band name. The six-piece band is playing its mix of bluegrass and blues at the very first Friday at Floyds this week. That event has the potential to become the Waterfront Wednesday of the suburbs, and takes place in a gorgeous setting.

Since the bourbon craze began around here, the legendary Kentucky Bourbon Trail was missing one thing – a trial head. Coming in August the Trail will have a starting point, a place for visitors to see some bourbon history and choose from the many bourbon experiences available. Andy Treinen, the former WHAS-TV newsman, is busy these days taking folks on tours of the new construction, which will include a new entrance and a fantastic garden space.

The big news of the week comes from Oldham County, where Steve Wilson and Laura Lee Brown (founders of the 21C Hotel) are renovating Hermitage Farm with a farm-to-table restaurant and plenty more, spending $15 million to make it a tourist destination. Kingfish is celebrating 70 years in business with a party over in Indiana. And new U of L president Neeli Bendapudi, who will be a Rusty Satellite Show guest in the near future, got plenty of reaction to a recent Facebook post.

Looking ahead, there’s a great Breakfast of Champions coming July 17, featuring Karen Williams of the Convention and Visitors Bureau. Sign up on Facebook. Thanks to the CVB, Passport Health Plan and Heuser Health for making the city’s most interesting podcast possible. And keep up with us all week at LouisvilleKY.com and EatDrinkTalk.net.